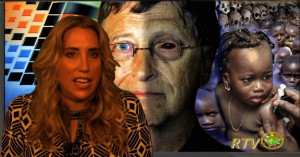 If you do a Google search on Sherri Kane, you will probably notice she has been widely defamed and discredited by a seemingly large group of racist and sexist men who obviously feel their lives spent on the Internet libeling her is a profitable pastime.

Sherri Kane is America’s gutsiest investigative journalist, news commentator, psycho-social analyst, and political activist, specializing in uncovering what social predators do not want you to know about how they damage women, children, and even animals.

Sherri has been called “the Lynn Russell of Independent Media,” for her powerful professional presence and delivery of “news from the underground.” She investigates, analyzes, and reports on the dark world of governmental corruption and big business complicity in organized crimes aided-and-abetted by intelligence agencies and corrupted officials. She discerns and refutes the propaganda published for public persuasion, manipulation, and concealment by the FBI/CIA’s and NSA’s “COINTELPRO” (that was supposed to have ended by Acts of Congress). Sherri Kane delves into conspiracy realities so dark that very few people dare to study them, let alone report them in the media. She has dedicated much of her career exposing human rights violators, child sex traffickers, human slavery networks, animal abusers, and several high ranking government officials, including Barack Obama, long before most Americans ever heart of him.

For instance, you may have heard of the political fracas involving certain members of Congress, a high ranking official in the Republican Party, and the mysterious disappearances and abuses of children at “Boys Town” in Nebraska, called “The Franklin Cover-up.” Thanks to Ms. Kane’s heroic investigative reporting, the matter has now been exposed as “The Franklin Double-coverup.”

You may also recall the Gulf Oil Crisis, maybe even the extensive coverage Jesse Ventura and TruTV gave to the “Conspiracy Theory” that Halliburton, TransOcean, and BP knew in advance the rig was doomed, and acted to profit before it blew. Ms Kane sourced that story, and appears on Ventura’s segment. 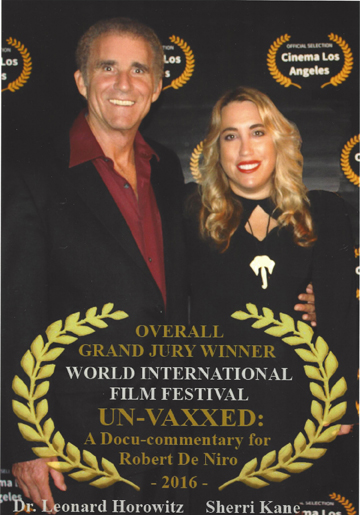 You might have heard about the waxing the mainstream media gave to Dr. Andrew Wakefield for publishing in the Lancet a report suggesting autism in children is linked to poisonous vaccines. Kane exposed Rupert Murdoch’s financial interests in the scandal, sourced much of the intelligence upon which the “Best Film-2016” in London and Geneva competitions was based for the movie UN-VAXXED–A Docu-commentary for Robert De Niro. Sherri went on to expose the “Holy War” in healthcare administered by the Hearst Corporation and its agents in the mainstream and social media.

Sherri began working with Dr. Horowitz in 2009 as a volunteer journalist helping to promote LIVEH2O–the Concert for the Living Water, produced by Horowitz and supported by his colleagues internationally, including world famous “Message in Water” researcher, Dr. Masaru Emoto. Horowitz introduced Emoto to the “LOVE/528 Frequency” giving rise to revolutions in the music and natural healing industries. Sherri later wrote the foreword to Dr. Horowitz’s monumental book, The Book of 528: Prosperity Key of Love, administered the development of 528Records.com and 528Radio.com, as well as co-produced and co-stared in Dr. Horowitz’s controversial docu-comedy PHARMAWHORES: The SHOWTIME Sting of Penn & Teller (winner of the 2010 Accolade Award for “Uniqueness in Documentary Filmmaking”). Sherri also co-stars in Dr. Horowitz’s film UN-VAXXED: A Docu-commentary for Robert De Niro that was honored with five international awards. Sherri also worked with Dr. Horowitz in 2014, co-authoring the shocking military science book, Space Pearl Harbor

Sherri Kane has also blessed Dr. Horowitz and his Healthy World Organization with her hobby–culinary artistry–co-formulating a number of great-tasting nutritional supplements, including PrimoLOVE and Liquid Dentist, both made with Dr. Horowitz’s pioneering development, 528 structured water. Kane garnered national publicity as an outstanding Mediterranean chef at Dardanelles restaurant on Strawberry and Chestnut Streets in Philadelphia during the 1990s. Philadelphia Magazine rated Kane’s cuisine ten-out-of-ten and heralded Dardanelles among the top 100 places to eat in America. Sherri extended her culinary skills and expressed gift for unique seasoning while working at the Palm Restaurant, but retired in favor of a vegan philosophy.

Ms. Kane currently serves as the Vice President of Medical Veritas online journal, has published works in newspapers, magazines and many websites, and has been interviewed worldwide including on Al Jazeera’s A9 Turkey, The Veritas Show, the BBC’s Talk Radio Europe, Late Night In The Midlands with friend Michael Vara, WAC Connecticut, LA Talk Radio, and many others. Sherri co-hosts the Hollywood Spin series of film reviews with Dr. Horowitz viewed on RevolutionTelevision.net and Vimeo’s Revolution Television Channel. Ms. Kane also co-hosted The HOROKANE Hour on LNM Radio Network with Dr. Horowitz, and the Space Pearl Harbor 39-minute news segment seen HERE. 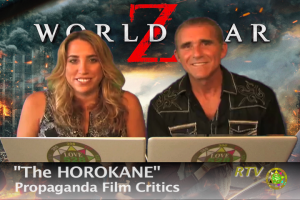 Sherri is currently collaborating with Dr. Horowitz on various projects including Healthy World Organization (HWO), the alternative to the corrupt World Health Organization (WHO), HealthyWorldAffiliates.com, and advancing the power of the “528 Hz” frequency of Love and Healing for a Spiritual Renaissance promoted through “528 Musical Medicine Shows” and services provided through 528Records.com,  528Radio.com, and 528Revolution.com. E-mail inquiries to SherriKane@gmail.com.