528 Revolutionaries Launch Medicinal Music Made in the “LOVE frequency” of Divine Creativity. 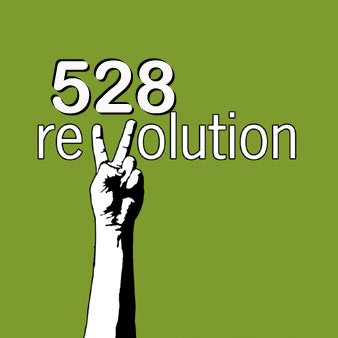 Health Science Communications for People Around the World

A breakthrough in the music industry is shattering the medical paradigm. New science says “medicinal music” mimicking the heart of sunshine, rainbows, and chlorophyll, can be safer and more effective than drugs in curing diseases.

The “528 Revolution” theory, proven by mathematics, therapists, and recording artists worldwide, is prompting rethinking in industries and technologies beyond entertainment and healthcare.

It is called “medicinal music making,” and simply requires a “tuning-up” of instruments and voices four cycles-per-second (4Hz) to achieve the laser-light-like “Power of ‘LOVE/528’”—the “Universal Healer”—the “good vibration” central to sunshine.

That’s the “warm fuzzy feeling you get in your heart when in love,” says Dr. Leonard Horowitz, prompting the evolution in thinking supported by thousands of allied investigators, practitioners, and beneficiaries worldwide.

“The force of gravity, and Earth’s geomagnetic field, proves the power of LOVE/528,” Dr. Horowitz explains. “You would not have the scientific constants pi, Phi, circles, organic chemistry, or 5280 feet in a measured mile without ‘528’ vibrating at the heart of the universe.”

Critics condemned Copernacus and Galileo for evidencing Earth’s revolution around the sun, and the church called them heretics and banned their books. But a Bible code in the Book of Numbers sourced the Puleo/Horowitz Solfeggio scale discoveries sparking change and controversy in the music industry, the religious world, and beyond.

“Only 4Hz difference may not seem like much,” Kane explains, “but that is forty (40) times the static you hear when adjusting your radio tuner one tenth (1/10) Hertz to pick up or lose a clear broadcast. It’s like moving from 99.6 to 99.7 on your radio tuner.  Physiologically and bio-energetically the difference is huge.”

Veteran audiophiles and artists “feel a difference” in the music that human ears miss. Many no longer settle for less than 528. “The Jimmy Hendrix of New Age Music,” Scott Huckabay, exclusively performs in 528 since meeting Dr. Horowitz in 2006, and multiple Grammy Award nominee and ASCAP award winner, Ameriie, recorded Cymatica Vol. 1, in 528 to facilitate “DNA repair,” according to Billboard.

Kane, the Vice President of Medical Veritas International, Inc., promotes natural medicine and believes that “LOVE/528” is the answer to many of the world’s most urgent problems. “If more people would tune their instruments, voices, and technologies to 528, this adjustment could potentially cure what ails us.”

Dr. Horowitz proposes the main problem with geopolitics is musical dissonance, affecting everything from economics to genetics. You’re either in “LOVE/528/LIFE” or “FEAR/741/DEATH,” he says.

“Some people just can’t get along with others. Some LOVE with faith; others fear with hate. The 528 vibration promotes LOVE, faith, joy, bravery and miraculous natural healing; while its challenger, called ‘standard tuning’ in A=440Hz/F#=741Hz—imposed on the Western World by the British Standards Institute in 1938-39—prompts egomania, arrogance, psychosocial stress, spiritual suppression, and physical illness,” Dr. Horowitz concludes.

“You have a choice,” Kane summarizes. “You can either tune to the clear channel broadcast of LOVE, and synchronize your heart to that sustaining and uplifting frequency, or you can risk heart failure as the cosmos increasingly pressures humanity to harmonize in balance with nature.”

Playing in 528Hz, and broadcasting “medicinal music,” is like throwing pebbles into ponds and watching the waves ripple out to the farthest shores. “Every time anyone plays 528 music, the sound ripples out to open and warm people’s hearts, theoretically everywhere,” Ms. Kane says, adding, “I can’t think of a better revolution to lead or join.”

Entertainment industry officials are “unnaturally uncomfortable” about Kane’s terms. 528Records.com pays 60% royalties to artists and agents who sign up for the free transposition and re-mastering service. Producers upload their old albums (MP3 files) for free, get them transposed for free, then can republish their re-mastered works in 528, all by suggested donations to support the “528 Public Library” and the snowballing 528 Revolution.

“Any profit, after paying the bills,” Kane notes, “goes to humanitarian causes.”