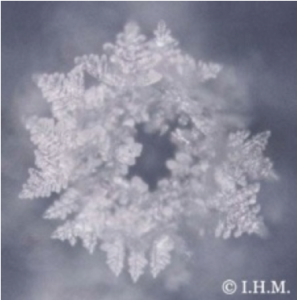 The following photographs share the secrets of the Breath of the Earth™. These fascinating frozen water crystals were formed from lava-heated steam erupting on the Big Island of Hawaii. . . . . 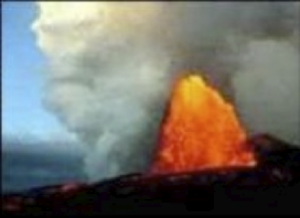 Local residents and native Hawaiians testify to the intensity of the “purgative and restorative” highly creative energy of this tropical paradise.

This study was prompted by the possibility that “Pele’s breath” as natives call it— lava-heated ground water issuing from highly active steamvents—might produce crystalline water structures (i.e., clustered water) reflecting the Big Island’s reproductive and creative reputation. Many regard this setting as ideal for creationistic research and spiritual development.

In order to perform this analysis, I requested the assistance of Dr. Masaru Emoto, famous for his New York Times bestselling book, The Hidden Messages in Water, and his appearance in the award-winning documentary film “What the Bleep Do We Know!” I was introduced to Dr. Emoto in 1998 by our common water science mentor, Dr. Lee Lorenzen, developer of the first marketed clustered water. 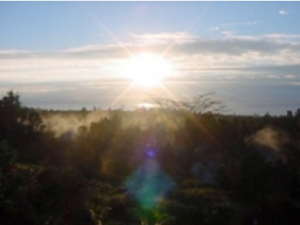 Beginning from the ocean floor, the Big Island of Hawaii boasts Earth’s highest mountain, reaching farthest from any sea into space. . . . 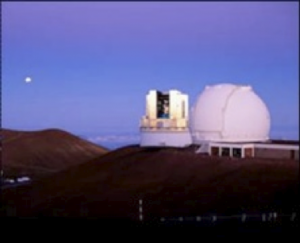 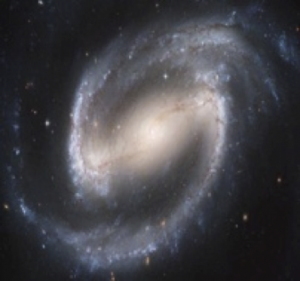 The scientific consensus is that the Hawaiian Kahunas are right (Kahuna is a Hawaiian word to mean Precious One, the Provider, or the Keeper of the Sacred Principle): 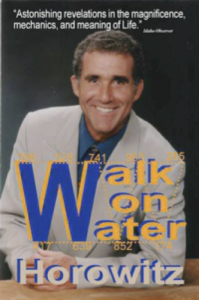 If flash frozen water crystals are capable of relaying hidden messages, as Dr. Emoto has hypothesized, then the Big Island’s lava-heated steam might be expected to relay information about the origin of the universe somehow or somewhere in its structure.

In my latest of fifteen books, Walk on Water, I relayed the fact that the summit of this sacred place is believed by Kahunas to be “the Divine umbilical cord to all creation—the birthplace of the cosmos.” 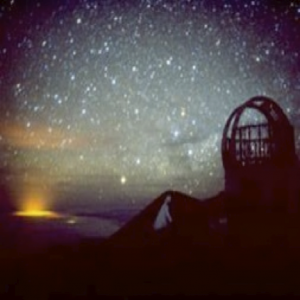 This is a photograph (courtesy of http://www.wainscoat.com/astronomy) showing an eruption of Kilauea volcano seen from Mauna Kea. The Gemini Telescope dome is under construction at the right. . . . 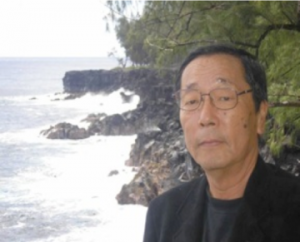 The following photographs were produced by Dr. Emoto’s well-trained laboratory assistants in Japan who were unaware of the sources of the two water samples analyzed in this study. Samples were collected by this author on the Big Island near Volcanoes National Park. Pure Breath of the Earth™ was obtained by condensing and collecting lava-heated steam erupting from a highly active steamvent. A second sample was taken from a mixture of the Breath of the Earth™ and fresh rainwater, certainly among the purest on Earth. The full strength and homeopathic samples were flown to Japan without exposing them to x-rays. Once in the lab, they were cryogenically frozen and examined under the “cold room” microscope at 100 and 200 magnifications. Using Dr. Emoto’s laboratory technique, less than twenty clusters were able to be identified and photographed. So if a common theme was to be determined in this small sample of photographs, it would be highly improbable and very significant statistically. 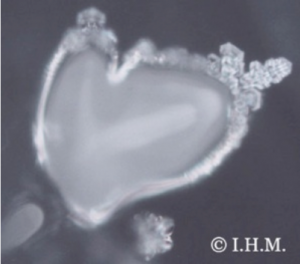 This first photograph in the Breath of the Earth™ series.

Is it a “coincidence” that this cluster’s heart shape is much like that of Mauna Kea’s adorning hill enroute to the observatories?

Diluting the Breath of the Earth™ with rainwater (similarly done to potentize homeopathics) produced the next cluster —a beautiful twelve-pointed crystal. 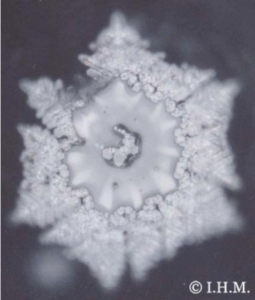 The center of this cluster appears to tell a story. Sacred hexagonal forms spiral outward from a radiating energy source or power center giving rise to a vast spinning unknown universe. 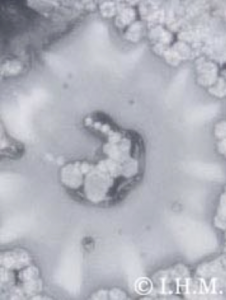 The hexagon parade appears to spin out from the core of creation, and turn from the depths of darkness, while proceeding to grow and move into the radiant light.

Again, it is well known in biochemistry that hexagons represent the sacred geometry of biology; the “carbon 6 building-block” of all life!

In this next photo, the full strength Breath of the Earth™ gives the impression of a spinning yin/yang symbol— the core creative energetic polarity of the universe, as well as the male and female energies required to reproduce life. 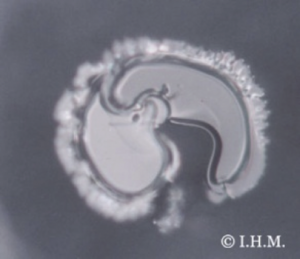 Students of microanatomy (i.e., histology) are reminded here of a fallopian tube passing an egg seconds after fertilization by a sperm.

I paid this fleeting consideration no heed until I saw this next photo in the Breath of the Earth™ series. It shows a fetus-like structure at the center of its cluster and an obvious umbilical cord attached. . . .

In the next photograph shown below from the same water sample I present perhaps “Pele’s vaginal passageway to eternity.” 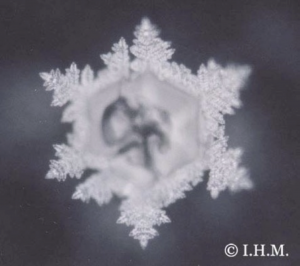 Having taught histology at Tufts University School of Dental Medicine, I can tell you the center of this cluster is reminiscent of a uterus in cross section. The center of this crystal suggests a fertilized egg has implanted itself into the smooth muscle of the uterine wall, and appears to be undergoing its first mitotic divisions. 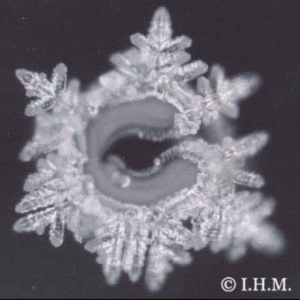 One might say I have an active reproductive imagination. Yet, I did not take these photos, and the series is distinctly different from any Dr. Emoto has produced to date. 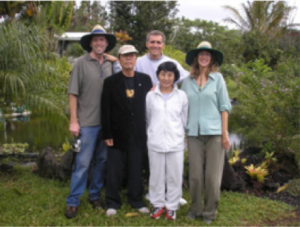 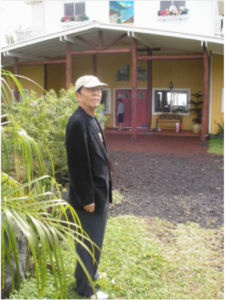 Thus, this simple “double blind” investigation provided a “message from water” very clear to me. . . .

And though the rest of the scientific community may be slow to grasp this blessing, I pray it will not escape you.

The purgative and restorative energies investigated and discussed herein appear vital, and must be used, to recreate ourselves as pure bodies of water as originally intended. This applies to our planet as well, having been sourced from water.

After lengthy reflection on the scientific evidence available, I must conclude the only hop for civilization’s survival rests in our communion with nature and in the creationistic power working through water.

Purging is necessary for what ails us, for humanity’s survival, and for the expression of karmic law and Divine justice. We are all part of a magnificent mathematical-musical matrix. This scientifically determined truth illuminating love and our natural psycho-spiritual drive for Divine communion is becoming increasingly apparent among those with spiritual freedom growing in their hearts. Civilization is compelled to follow this heavenly calling increasingly. It is purging people from the hypnosis under which we tolerate global genocide, particularly under the guises of “national security” and “public health.” 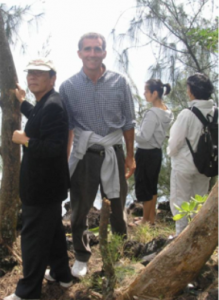 Actualizing this ideal provides the only hope for surviving and thriving to transform the current imposition of generally intolerable, outdated, misdirected, socio-economically-enslaving, and politically-destabilizing systems.

These result and conditions appeal to the powers-that-be to lay down their weapons of mass deception and planetary destruction, and join those of us successfully engaged in “singing a new song.”

This way to rebirth ourselves with love, and steward our planet accordingly, appears to be the central “message from water” in this study. These are the conclusions shared by Dr. Emoto and myself in analyzing these photographs.

Happily, this natural energy of re-creativity cannot be foiled or spoiled by mere mortals, governments, or industrialists. The restorative spirit flows eternal and remains readily available as these crystals suggest.

The dolphins and whales broadcast to the oceans and seas. We simply need to sing their cleansing song to the rivers of life so that, once again, the crystal clear waters will flow through the streams of beings serving a unified reality. 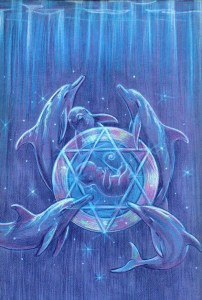 A global “Concert for the Living Waters” was successfully conducted for this purpose. LIVE H2O was presented on June 19-21, 2009, as a remedial plan.

The specific sounds promoting hydrocreationism for enduring freedom have been recently determined, arranged in pioneering musical CDs, and technologically advanced for this humanitarian mission. (See: Healing Codes for the Biological Apocalypse and The Book of 528: Prosperity Key of LOVE.

One example of this advancing technology is called “The Water Resonator” (previously the “3E–Evolutionary Energy Enhancer.”)  This is discussed at www.thewaterresonator.com.

Another is the masterpiece musical CD entitled Holy Harmony by Jonathan Goldman. 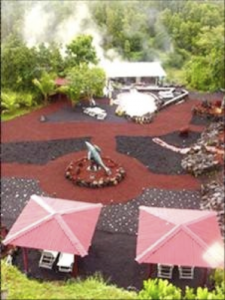 In conclusion, there are no greater political or spiritual callings than this. For the sake of our civilization’s survival, please help us spread these findings and loving messages from water about the origin of life and our potential to sustain ourselves and recreate our planet through selfless service and Divine spiritual communion. The lives of our children, and the future of our planet, depends on what we do together with this knowledge at this critical time.

As urged by our world’s most celebrated vocalists . . . . “It’s a choice we’re making; we’re saving our own lives. It’s true we make a brighter day, just you and me.” (See: www.usaforafrica.org.)

The two water samples containing the Breath of the Earth™ were taken from the “Creator’s Rainbow Spa,” on the property of the Steam Vent Inn & Health Retreat, in Pahoa, Hawaii. The property’s owner and management graceously sponsored this website.

The Breath of the Earth™ is being licensed to any and all individuals and organizations for a tithe. Distributors are encouraged to call 1-888-508-4787 for more details.

This research was made possible by generous donations from: Hado, LLC, Healing Celebrations, LLC, and public supporters like you.

To help the children of Fukushima relocate to Hawaii, link to: