The Matrix is opening in more than movie theaters.

A matrix is defined as something from which something else derives; an algebraic array of numbers.

If the Creator created using words composed of sounds; and sounds are acoustic or electromagnetic frequencies—essentially numbers; and the Hebrew Word (i.e., the Law of the Torah), was originally sung, musically, not spoken; and the original Solfeggio musical scale was Divinely revealed to Dr. Joseph Puleo in the Book of Numbers, then we are truly advancing revelation and direction to open the Matrix.

This musical mathematical matrix is referenced four times in the Old Testament. (Exodus 13:12-15; 34:19 and Numbers 3:12; 18:15) Moses bade “sacrifice to . . . [the Great ‘I AM’] all that openeth the matrix.” This was done so the Hebrews could be free. Our Creator said, “Everything that openeth the matrix in all flesh . . . shall be thine.” That means Moses was given the core creative technologies with which to produce miracles for freeing humanity from slavery.

According to recent scientific revelations, this matrix transmits vibrations throughout the universe according to its mathematical design and spiraling multi-dimensional patterns; and all of this is accomplished with simply nine core creative frequencies upon which the laws of physics are based. (See: www.lovetherealdavincicode.com and www.perfectcircleofsound.com) 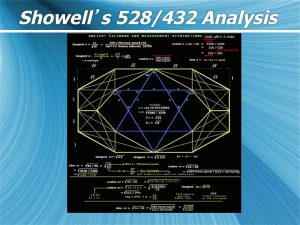 So the Matrix, that represents the Supreme Law of the universe,  is like the Kingdom of Heaven wherein everything is ordered; nothing is missing or broken therein, and everything is restored according to the natural laws of harmony vs. dissonance, attraction vs. repulsion, thermodynamics, and/or conservation of matter and energy.

Communing in the Matrix is the greatest force for world peace anyone can conceive. It is like the Yin meeting the Yang in Eastern theology. It features the zero point energy physicists have linked to the black holes in and around us.

Humanity’s spiritual evolution and commencement of the Messianic Age relies on this matrix energy bringing this Kingdom of Heaven to Earth. Those who remain faithful and righteous regarding this unfolding, fractally spiraling, and exponentially accelerating Law, shall abundantly receive the greatest blessing–prosperity in all ways.

This is why Yahshuah prescribed, “Seek ye first the Kingdom of Heaven, then all else will come unto you.”

The Matrix is home to this most profound dynamic in the cosmos–the Creator –whose contract, consecrated by your faith, opens the gates to this metaphysical domain to prosper your, and direct you, in all ways forever. 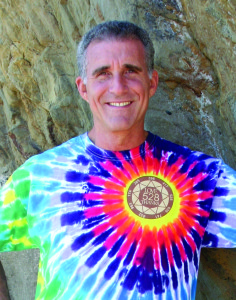 Dr. Leonard G. Horowitz (DMD, MA, MPH, DNM, DMM) is an internationally known authority in public health, emerging diseases, and natural healing. Author of more than sixteen books, he is globally known as the most outspoken critic of the genocide he ascribes to the “military-medical-petrochemical-pharmaceutical cartel.”

Dr. Horowitz’s presentations and publications have served as the impetus for numerous Hollywood productions. In his most recent book, LOVE the Real Da Vinci CODE, and 2-hour DVD documentary, The LOVE CODE, Dr. Horowitzpresents the musical-mathematics underlying the spiritual mechanics of creation. His “Perfect Circle of Sound™” revelations have been revolutionizing the music industry as well as water science. Dr. Horowitz revealed that the 528Hz frequency of sound is the precise LOVE tone, and prophetically important “key to the House of David.” He introduced recording artists Jonathan Goldman, Scott Huckabay, and others to this musical technology of Divine creativity with which instruments can be retuned to prompt miraculous healings; and his seeded the concept of producing the international Concert for the Living Water, LIVE H2O, June 19-21, 2009.