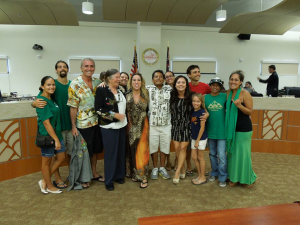 Bill 113 is intended to help sustain “paradise,”–the largest of the Hawaiian islands. The landmark legislation was drafted by County Councilwoman Margaret Wille, with help from fellow councilwomen Brenda Ford and Valerie T. Poindexter. 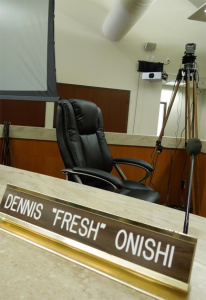 The precedent-setting 6-to-2 vote followed several days and nights of heated hearings during which hundreds of supporters testified in favor of the ban against bacterial and viral mutants used in agriculture, with most citizens opposing Onishi’s amendments that would have effectively gutted the history-making legislation.

The hearings, elegantly officiated by Vice-Chairwoman Karen Eoff, and Chairman, J. Yoshimoto, both of whom also voted in favor of the bill, featured comparatively few dissenters–mostly University of Hawaii and Big Agriculture contractors whose incomes were threatened by the ban on open air growing or testing of GMO foods. 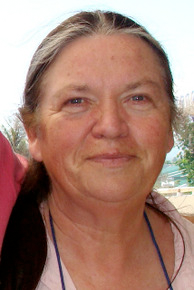 The purpose of Bill 113 was written by Ms. Wille (left), “to protect Hawai’i Island’s non-genetically modified agricultural crops and plants from genetically modified organism cross pollination and to preserve Hawai’i Island’s unique and vulnerable ecosystem while promoting the cultural heritage of indigenous agricultural practices. The prohibition of open air cultivation, propagation, development, or testing of genetically engineered crops and plants is intended to prevent the transfer and uncontrolled spread of genetically engineered organisms on to private property, public lands, and waterways.”

Numerous scientists argued in favor of the ban, and very few spoke credibly about GMOs’ benefits. The reliability of science in general came under fire during much of the debate, as scientific fraud is so widespread, it has become widely recognized under the direction and regulation by special interests influencing government officials and agencies.

Many concerned citizens posed questions and issued complaints condemning multinational corporations, such as Monsanto and Dow Chemical, influencing the FDA, the United Nations, and the World Health Organization. 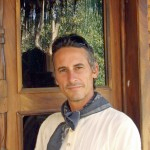 “They have indeed been proven toxic,” medical investigator Jack Adam Webber said in rebuttal to GMO science advocates. The peer-reviewed literature parallels the history of DDT, PCBs and dioxins (also manufactured by Monsanto and other biotech companies), Webber argued. “The pesticides used on GMO crops will be increasing, not only in quantity, but in type, as the ‘toxic treadmill’ of continued stacked-trait GMO varieties must be engineered to deal with the constant resistance formed by super-weeds and superbugs. These weeds and bugs mutate according to the same principles as resistant bacterial strains do against antibiotics.” 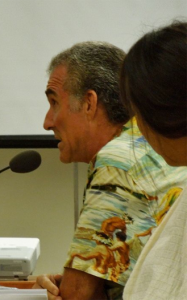 “Nothing is as it seems,” Horowitz said, condemning propaganda in the world of science and the mainstream media favoring GMO human experimentation without the public’s informed consent.

“This entire debate focuses on merely 4% of the function of DNA,” the author of DNA: Pirates of the Sacred Spiral testified. “The other 96% of your DNA has been termed ‘junk DNA’ by the Rockefeller-directed military-medical-petrochemical-pharmaceutical cartel. Take yourselves to the dump!” Horowitz told the Council. . . “In other words, God must have made a terrible mistake with 96% of you. But, in fact, that DNA serves as an antennae to God, receiving and transmitting photons and phonons, light and sound signals, for intercellular communications, miraculously reconstructing your entire body every nano-instant.”

The risk of cross-pollination between GMO farms and organic farms was covered by numerous complainants, including journalist Sherri Kane—the last person to testify in Kona. “If your garden is surrounded by GMOs, it doesn’t matter which way the wind blows; your harvest is likely to get contaminated,” Kane said.

To get farmers to spray tons of poison on their fields, Webber informed Kane before the hearing, “they come up with all sorts of reasons, such as greater yield and less pesticide use . . . , all of which have been proven to be false.” 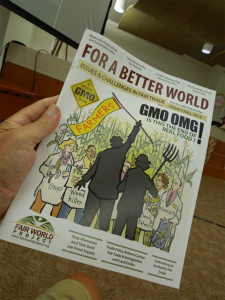 “If agri-industrialists really want to increase yields safely and effectively,” Horowitz said, “they should study the models developed by Irish scientists at Limerick University. They use radio wave resonated water to grow 30% more food from plants made far healthier, stronger, and immuno-competent without any risk of damaging anything.”

A scientific consensus has been reached that GMO foods are a farce, Webber concluded. “They are merely a means for big chemical companies to sell their pesticides; to sell their products exclusively. These corporations found a way to control both the pesticide and food market. They created food crops which are pesticide-specific, for which no other pesticide will work, hence the name ‘RoundUp Ready.’ These companies have sold billions of pounds of pesticides which work only on their pesticide-resistant inventions.”

Another issue raised prior to the Council’s historic vote was whether-or-not the State or Federal Government had passed any laws contravening the County of Hawaii’s power to enforce Bill 113’s enactment.

Apparently none that would trump the Council’s legislative authority, according to an opinion offered by Hawaii Attorney General David Louie. 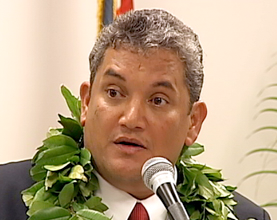 Several Council members, however, worry that Mayor Billy Kenoi in Hilo will veto the enactment within ten days. Kenoi, local observers recall, received most of his campaign contributions from off-island special interests.

In 2008, a similar veto was attempted by then Mayor Harry Kim after the County Council voted to ban genetically-engineered taro and coffee in Hawai’i County. The Council responded by overriding Kim’s veto during a special hearing featuring hundreds of outraged voters. Kim, subsequently, lost his office to Kenoi.

“Mayors are public officials who have sworn oaths of office to protect American citizens and the U.S. Constitution’s First Amendment rights to life, liberty, and pursuits of happiness,” Dr. Horowitz reminded several activists pledging to advance similar bans on the neighboring islands.

“Mr. Kenoi’s Oath of Office does not compel him to protect multinational corporate interests or blood money from an industry that has declared war on nature and We The People. In fact, violating his oath, after a vast majority of us have legislated our will to grow what they want, and not grow what they don’t want, is treasonous.

“Should Mr. Kenoi be so stupid as to neglect his constituents and County Council, and so arrogant as to veto this historic legislation, I believe he should be prosecuted for treason.”

CLICK HERE FOR PHOTOS FROM THE EVENT, COURTESY OF JOHN WICART 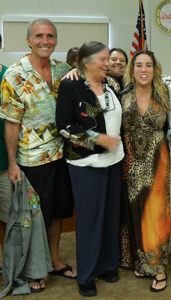