War On We The People

Oblivious or Apathetic to Political Reality:

Can We Call Ourselves “Enlightened” or Even “Civilized?” 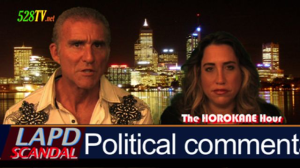 Although 528 Revolutionaries prefer to focus on positive messages, advancing effective sustainable solutions to the world’s most pressing problems, most are also committed to educating themselves and others about the risks to humanity from multinational corporate greed.

The commercial elite obviously care more about stock prices than people or our planet; and they have developed a “protection racket” called propaganda, generated by the COINTELPRO’s abuse of the media–a hypno-technology–to sustain their deadly agendas.

Most people are oblivious to the impact of propaganda generated by the corporate-controlled media affecting social beliefs, political attitudes, and human behavior. This is called ignorance, for which people, in general, cannot be blamed. “Forgive them Father, they no not what they do.”

Most “intellectuals,” however, who consider themselves “enlightened,” choose to avoid controversial topics. Many say “negative” topics are too draining, or “counterproductive,” to contemplate. Many people also believe that they are powerless to do anything to improve the global or national situation or alter the course of history, so why bother? They express apathy and avoid getting involved politically.

There is also a common New Age philosophy that claims avoiding the negative, and simply focusing on the positive–the “light”–is the wisest path.

Alternatively, many people argue that New Age theology is a socially engineered “con,” also generated by the corporate controllers to diminsh political activism.

“You cannot achieve optimal enlightenment until you come to terms with the depths of the darkness,” Dr. Leonard Horowitz contends, and asks: “How can we call ourselves ‘enlightened,’ or even ‘civilized,’ when we consciously turn a blind eye to injustices that are killing our families, brothers and sisters, innocent children, and/or poisoning our planet, imposing the threat of extinction on the human race?”

For this reason, Sherri Kane and Leonard Horowitz developed a website that publishes news and views concerning the “War On We The People.” The domain address is WarOnWeThePeople.com.

WARNING: If you choose to access and read the War On We the People website, your views on politics, economics, and the American justice system may be forever changed–expanded into a realm that few dare to tread.