Hans Jenny and Ernst Chladni introduced us to cymatics—the impact of sound on moving and materializing matter. This involves the physics of creationism as well as “consciousness.” Cymatics, as well as revelations in 528 mathematics and science raises consciousness that creation happens universally vibrationally, with the essence of everything being similarly inspired by LOVE/528.

Ernst Chladni was a musician and physicist born in 1756. He was the first to observe shapes and forms produced as a result of sound vibrations striking the surface of matter. Chladni laid the foundation for the discipline in physics called acoustics—the science of sound.

In 1787, Chladni published Discoveries Concerning the Theory of Music. In this and other pioneering works he explained ways to make sound waves generate visible structures—patterns and shapes termed “Chladni figures.” Pure tones in music created geometric forms in substances.

Later, in 1815, Nathaniel Bowditch, an American mathematician, further advanced Chladni’s work. He studied “the patterns created by the intersection of two sine curves whose axises are perpendicular to each other, sometimes called “Bowditch curves,” but more often “Lissajous figures,” . . . after the French mathematician Jules-Antoine Lissajous.  Both Bowditch and Lissajous concluded that the condition for these designs to arise was that the frequencies, or oscillations per second of both curves, stood in simple whole-number ratios to each other, such as 1:1, 1:2, 1:3, and so on.

This determination is fundamental to advancing consciousness, as it compels consideration of “original sin” in the context of resonance, harmonics, and the physics of LOVE and lawfulness expressed throughout creation. In The Book of 528: Prosperity Key of LOVE, I proposed that the rational number system used by nature was considered to reflect simple whole-number ratios. This thesis was reinforced by the mathematical analyses of Victor Showell.

Harmonics, and the diatonic scale, versus the chromatic scale incorporating irrational numbers and dissonant frequencies, were considered by Showell and I. The “urgent problem” requiring attention, like the irrational wars, plagues, and poverty imposed politically today, I concluded, reflects the Pythagorean Comma or “crisis” of irrationality, like sin (unlawful debt or mathematical mistake), affecting everything from our current calendars and music to your spiritual sensitivity.

In this vein, you might consider ignorance, or lacking consciousness, based on physics, akin to sin, or being out of touch with how the universe operates lawfully, administered mathematically, with homeostasis or balance reflecting harmony. 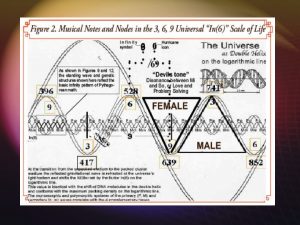 The most exciting aspect of 528 impacting collective consciousness and civilization through the revelations and physics, is humanity’s emergence from mass ignorance (involving the illusion of separation and dissonance) into community and harmony with each other and Divinity.

This is certainly a high probability for humanity, given the opportunity to phase-lock, or entrain, in coherence with nature and the Standing Gravitational Wave (SGW) of the cosmos advanced by Hartmut Műller, a leading Russian astro-physicist who evolved “scaling theory.”
The closer you “vibe” to the way the universe is scaled, in sync with its wave forms and creative “nodes” (according to Műller‘s research; and according to LOVE/528, the greater the benefit you can expect.

The physics of this principle was also advanced by Lissajous and his figures. Lissajous determined that even if the frequencies are not in perfect, but close, whole-number ratios to each other, benefits are achieved.

This is why 528Hz music transposition is a lot better than original recordings using A=440Hz standard tuning. The digitally transposed music is close enough to live 528Hz (A=444Hz scale) coherence to be less stressful and more beneficial.
Bowditch reported, “If the difference [in frequencies of natural scaling by whole-number ratios] is insignificant, the phenomenon that arises is that the designs keep changing their appearance.”

This knowledge is very important for understanding many things, from the forgiving energy of God, to the reason 528Hz “live” performances are the most healing and spiritually-uplifting.
Much like 528Hz resonates a DNA strand back to normalcy via the forces of phase-locking, scaling, or entrainment to the SGW, creationistic cymatics (or hydrosonics) asserts the mechanism by which energy vibrates and resonates your physical body back into balance. 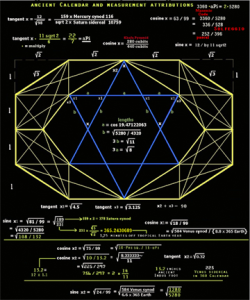 This good vibration of 528 is essential to the restful and recuperative power of sleep.

In essence, 528Hz is the frequency of God’s heartbeat, or the central vibration of the Holy Spirit. This actually vibrates your DNA, cells, and tissues, back to normalcy, especially during rest, prayer, and meditation.
This concept of proper scaling, or phase-locking your body into the good vibrations of nature for healing, correctly assumes dis-ease is a “phase” you are going through, but don’t wish to lock-into.
This knowledge encourages you to have faith in natural healing, and the law of gravity, in which the musical-mathematical matrix of creation is forcing you to vibrate in harmony (in sync) with the heartbeat of God.

“There is nothing missing or broken in the Kingdom of Heaven.”

With this knowledge of 528 physics and consciousness, you can direct your creative skills towards bringing more heaven to your life on earth.

For more reading on this topic, purchase the Book of 528: Prosperity Key of LOVE  by CLICKING HERE.

Leonard G. Horowitz (DMD, MA, MPH, DNM (hon.), DMM (hon.) is an internationally known authority in public health, emerging diseases, and natural healing. He is an award-winning filmmaker and author of seventeen books, globally respected for his well-researched opposition to vaccinations as “genocidal weapons of mass destruction,” and his pioneering work prompting the “528LOVERevolution.”

The doctor’s latest book is The Book of 528: Prosperity Key of LOVE, and his latest documentary is PHARMAWHORES: The SHOWTIME Sting of Penn & Teller. His books, CDs, DVDs, natural healing products and equipment are available at HealthyWorldStore.com. He offers partnerships through HealthyWorldAffiliates.com, and accredited self-study educational programs through HealthyWorldAmbassadors.com.

Dr. Horowitz’s presentations and publications have served as the impetus for numerous Hollywood productions; including the movie INCEPTION. In his books Walk on Water and LOVE the Real Da Vinci CODE, and his 2-hour DVD documentary, The LOVE CODE, Dr. Horowitz presents the musical-mathematics underlying the spiritual mechanics of creation further advanced in The Book of 528: Prosperity Key of LOVE. His “Perfect Circle of Sound™” revelations have been revolutionizing the music industry as well as water science.

Dr. Horowitz recently launched i528Tunes.com following his instructions to recording artists worldwide regarding this musical technology of Divine creativity. In this article, and elsewhere, he recommends instruments and voices be retuned to prompt miraculous healings for Peace on Earth.