The “Babylonian Paradigm” vs. the Emerging “Lawful Paradigm”

But what is it shifting towards, and why is this happening?

Everything is governed by laws or damaged by outlaws.

Outlaws generate karma as administered by the laws of physics. To every action, there is an equal and opposite reaction. You “can’t fool mother nature” very long and get away with it unscathed.

Few people would argue against the saying that “money makes the world go round,” and the “global banksters” are damaging nearly everyone commercially for profit and  power while administering increasingly threatening and restrictive population controls. 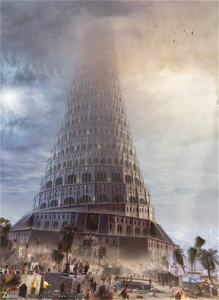 This reflects the “Babylonian Paradigm,” as referenced in the Book of Revelation. This article, and the following dialogue, considers this imposed reality. Based on massive accumulated scientific and empirical evidence, global industrialists, such as those that invest in Monsanto, or Big Pharma, or the Energy Cartel, or the weapons industry, have damages accruing from their commercial psychopathology. Their paradigm is biocidal and politically unsustainable without massive depopulation, which is profitably planned and being administered as it has for millennia.

At the same time there is a mass awakening happening that the 528 Revolution evidences and accelerates.  This observation accords with recent revelations in science and metaphysics accompanying this paradigm shift and website. What is exponentially accelerating to overtake the Babylonian Paradigm is “The Lawful Paradigm.” A state of earthy existence characterized by harmony generally administered by the same unseen and unstoppable energies, or frequencies, that cause water’s transformation from solid ice to liquid and then gas. Pure thermal or electro-energy generated by vibrating electrons cause this transformation, much like love’s warmth melts frozen hearts.

This website, and the knowledge it provides, in fact, evidences this historic shift by the mere fact that the level of creative (musical-mathematical) intelligence, and its capacity to reach and help people globally, is unprecedented; and this transformation is best explained and facilitated by extremely simple laws of math.

One and one is always two, unless you are a liar and cheater, or “outlaw.”

The Babylonian Paradigm is based on lawlessness and sustains outlaws; whereas the 528 Revolution is based on The Lawful Paradigm. 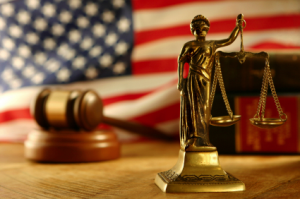 The American justice system provides a good example. For instance, this “judicial system” is based on British common law, but has degenerated in the Babylonian Paradigm to be constitutionally threatening and pervasively degenerating. It is so complex, legislators now must sift though thousands of pages of pleadings typically benefiting exclusively special interests.

Alternatively, The Lawful Paradigm offers a remedy based on, again, the simplest of truths and fundamental facts–one and one is two.

We can cure what ails us geopolitically, economically, beginning with our legal systems, and turn injustice into “just-ice” to be melted by the energy of pure LOVE/528; by simply acknowledging and enforcing the basic laws of physics in society.

To better explain, consider courts of law and oaths asserted therein. Technologies currently exist to distinguish liars from truth-tellers. This electro-technology, like lie-detectors, is not expensive. Very advanced and extremely sensitive brain and physiologic sensors could be placed on witnesses and court officers to instantly identify people that dishonor the integrity of the court(s).

Court officers could and should be required to “tell the truth, the whole truth, and nothing but the truth, so help me God,” along with litigants. Electrodes could quickly shock liars into honesty, with wireless signals broadcast by TV for public view.

All of this technology presently exists.

But the Babylonian legal system is corrupt to its core, and these simple remedies are grossly neglected for a good reason–the judicial system is set up as a “protection racket” for organized crime.

Take a closer look at this judicial impropriety, reflecting Babylonian psychopathology, in the imposed division between the civil and criminal justice systems. The empirical evidence from honest observation and analysis indicates this division between the criminal and civil systems of justice is criminal, perjurious, and injurious.

Because at its root, the primary overriding problem is the system is fraudulent. Omissions and misrepresentations in civil and criminal law is downright fraud.

Most politicians are lawyers. What politician doesn’t omit or misrepresent matters of fact during election campaigns and while in office?

The “swearing in ceremony,” that is, the oath to “tell the truth, the whole truth, and nothing but the truth, so help me God,” is based on God’s Law (i.e., Creative Law or Cosmic Law) and generates the Fundamental Truth along with peace and harmony. The “whole truth” means no omissions, and “nothing but the truth” means no misrepresentations; and thereby affirms, “so help me God,” the integrity of the court, the holiness of the place, that would permit the Creator of Universal Law and Divine Justice to enter the sacred space to bless the righteous who issued this faithful prayer for God’s help in administering justice.

But in civil courts, you can’t even assert criminal claims, lest they be dismissed as “frivolous.” Or in criminal courts, prosecutors neglect civil matters (tort law), strictly asserting claims and damages for the State or Federal governments.

This evidence of neglected duty to protect the public by omissiona indicates this imposed and specious division between criminal and civil justice systems was established as a “protection racket” for organized crime; and not because it would save time, money, or help We The People optimally, and deliver more honorable verdicts. The Babylonian Paradigm protectors know the legal system is most powerful and important mechanism to corrupt to maintain power and profits. 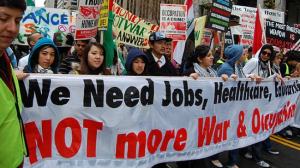 Thus, the courts have become unGodly places administering gross injustices through assaults against First, Fifth and Fourteenth Amendment rights to life, liberty, public happiness, freedom of speech, due process, and most obviously, “equal protection under the law” only available for those who can afford to pay the legal fees of the rich and famous.

How fair or just is that?

So it is not surprising a  lot of people are upset, depressed, even despondent, suffering financially, having to cope with sickness and strife in their families, companies, and communities.