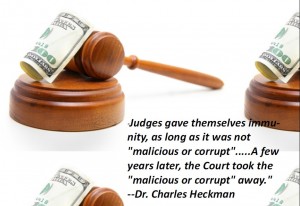 Check out this document I found online. It has VERY IMPORTANT, EMPOWERING, and VALUABLE information in relation to common law and sovereign law regarding the “Bonding Code,” and much more!

Some people already know this information, but for those who don’t, this is an excellent and inspiring article obviously written by an honest, well-researched, legal scholar and civil rights historian.

It is time for We The People to pull the veil or Wizard’s curtain back to expose the light! It’s time to wake up others so everyone can get out of the “slave” mentality and repression we are under, by the fear-based corrupt system, that is driven by the need to control and manipulate people who don’t know the truth, or are living in fear!

What do we expect from an unconscious, immoral, corrupt, demonic, corporate system that has committed genocide and treated humans like third-class citizens–worse than cattle; including women, African Americans, Palestinians, aboriginals worldwide, and the Jewish people targeted globally by Nazi ideology and neo-Nazi psychopathology.

Nothing has really changed over the years of evolving statutory legislative tyranny! The psychosocial and emotional dramas have only become increasingly institutionalized. The Wizard of Oz has figured out how to control everyone high tech, effectively hypnotizing populations with deceptions without most people awakening from his spell.

Nearly everyone simply accepts the Oz’s “B.S.” as the law of the land!

This is why people are being blessed by re-learning what has been largely forgotten–Common Law, gone the way of Common Sense–disappearing  civility and morality as American as apple pie.

It is vitally IMPORTANT that we each stand tall, honor honest-to-goodness JUSTICE. The alternative is too DANGEROUS and stupid to imagine.

Swallow the “blue pill” for Common Law and Constitutional Rights now. It is your only sane choice!

Many Blessings in 528,
Sherri Kane

P.S. Here is an example of just a few paragraphs in this extremely informative document:

”The legal profession’s labor union, the Bar Association, was established immediately after the Civil War to substitute a system of general slavery to replace the old system of black slavery, by guaranteeing a monopoly of the courts for attorneys, judges and municipal corporations (city, county, state).

This labor union, the Bar Association, has forbidden anyone but union (Bar) attorneys to give legal advice, and has prevented anyone from being assisted in court by a non-union lawyer or by a non-lawyer, thus converting the courts into closed union shops.  This corresponds to pre-Civil War United States wherein blacks were not taught to read and were not allowed to get a public education lest they become strong enough persons to speak out against their repression and overthrow their slavemasters.

The unionization of the legal system by the Bar Association makes the people individually, and the public as a whole, a legal justice minority group with access to the Civil Rights Act of 1871and to 42 USC 1983, 1985 and 1986.”

Government officials maintain control of the courts by “licensing lawyers” and by forbidding the common citizens to “practice law” or give “legal advice,” three phrases which have never been adequately defined for any statute.  To protect government dominance, “law schools” are the only schools allowed to teach law, and specifically “safe law” (attornment).  To protect malfeasance, attorneys are forbidden to file criminal complaints against malfeasance officials, officer and clerks and against officers of other corporations.  If they disobey, they lose their “license to practice law.” Similarly, when the citizen files a criminal complaint against a public official, the prosecutor is expected to protect the public official from prosecution for official malfeasance by exercising some mystical doctrine of “selective prosecution” (an act of misprision of crime) which is nothing more or less than an excuse for legal prejudice to issue from the prosecutor’s office calculated to overthrow the public’s legal redress against official malfeasance.