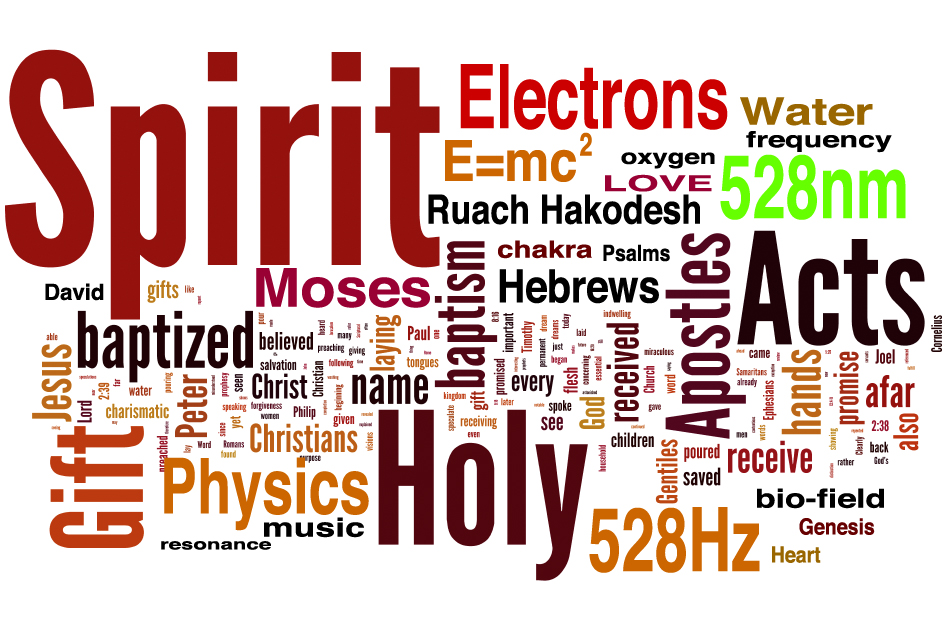 Proof that God’s Heart is Focused on LOVE in 528Hz

In an earlier essay, “Apocalypse and the Arc of the Covenant,” the fundamental mathematics of LOVE (528Hz frequency) was discussed as resonating at the heart of the Creator’s spiritual essence. This discussion bears on contemporary revelation concerning the Ark of the Covenant, the sacred spiritual vessel containing the power and glory of God’s Word, Law, and/or Spirit. It also holds startling implications for humanity’s spiritual evolution for physical salvation, seriously tested at this time in history characterized by global terror, massacres, “natural” disasters, and threats of war, plagues, and nuclear Armageddon.

The word “Ark,” it was noted, stems from the Old English word “Arc,” which means “chest.” At the center of the chest is the heart that, according to human theologies, resonates LOVE—a particularly affectionate resonant energy or spirit. 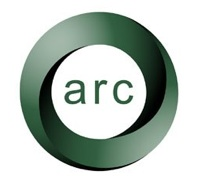 Relatedly, the word sin, derives from the Greek archery word meaning “off the mark.” When your arrow sinned in archery, you missed the bulls-eye. When you sin in life, the results of your actions miss the mark of Divine Law, of perfect harmony (i.e., of LOVE), generating judgment or negative karma that is disturbing or disquieting.

A few years ago, mathematician Vic Showell produced substantial evidence that the universe’s most important mathematical constants Pi and PHI, and every geometric structure in nature, contains at its core only nine fundamental musical notes or frequencies of sound light in which 528Hz is central.

Zero fear, heroism, righteousness, and a passion for justice, is part of the “Creative Juice”—the Living Water—in an ark built for safe transit.

Additionally, this frequency, 528Hz, has been advanced by this author to be the “key to the house of David” (Isaiah 22:22; Rev. 3:7). It exclusively exists at the heart of the electromagnetic sound and light spectrums. It is the heart of the rainbow (light green in color) said to be spinning like a vortex of energy in the middle of your chest—the heart (chakra). This color, greenish-yellow, is the primary pigment in the botanical world.

Accumulating evidence is convincing experts this “music of the light” vibrates your heart with the miracle frequency of LOVE in 528—the ‘key (a musical note) to the house of David’ that inspired King David to transcend fear, chant while marching into battle, perform healing with his harp, and celebrate exuberant joy for the Creator in Psalms.

What the Ark of the Covenant Really Is

According to Professor Tudor Parfitt, at the University of London’s prestigious School of Oriental and African Studies, the Ark of the Covenant was most likely a drum. In his book, The Lost Ark of the Covenant: Solving the 2,500 Year Mystery of the Fabled Biblical Ark (HarperOne), and according to a History Channel documentary on this subject,  a Southern African clan called the Lemba, who claimed to be a lost tribe of Israel, hold the remains of this drum-like superconductor of spiritual power.

Colleagues laughed at Parfitt until he backed his claim in 1999 with a genetic marker study showing the descendants of Judaism’s Temple priests “are found to appear as frequently among the Lemba’s priestly cast as in Jews . . . .” (TIME Magazine: Health & Science.)

According to TIME, “Parfitt started wondering about . . . the Lemba’s now-credible oral history: a drum-like object called the “ngoma lungundu.” The ngoma, according to the Lemba, was near-divine, used to store ritual objects, and borne on poles inserted into rings. It was too holy to touch the ground or to be touched by non-priests, and it emitted a “Fire of God” that killed enemies and, occasionally, Lemba. A Lemba elder told Parfitt, “[It] came from the temple in Jerusalem. We carried it down here through Africa.”

Now an ark, or arc, is shaped like a rainbow—like a slice or section of a perfect circle. Given sound and light are both mathematical wave forms, fundamentally frequency vibrations, the light of any rainbow, or sound of a drum shaped like an arc, shares mathematical constants including 528Hz, the sound of LOVE.

Said another way, if you draw an arc, then a straight line connecting each end, you have created a drum-like image or hull-like design from Noah’s Ark.

The Ark of the Covenant held the spiritual power of eternal life for souls drifting aimlessly in jeopardy. The Ark of Noah, likewise, provided a safe haven for long term salvation.

What is a Covenant? It is a contract–an agreement between two parties; in this case the Creator and you, or any individual within the human family.

What are the terms of this Contract or Covenant? Very simply, IF you give your Faith over to God, then you may call upon the King of the Universe at any time using prayer, or heart-felt loving intention, to remedy any troubling situation.

Now where in your “holy temple” do you feel Faith? Most certainly, in your heart.

How do you feel Faith? Likewise, how do you transmit heart-felt loving intent through prayer?

Why of course, spiritually–energetically, vibrationally; that means mathematically! That means the LOVE in your heart, in the middle of your “Temple,” resonates with the same frequency as the center of the rainbow.

The Ark of the Covenant implies the contract between Creator and created involving the arch composite (fractal) construction of our spiraling universe. All of nature is compelled to follow, or flow with, this Law governing spinning reality from galaxies to DNA.

If you look carefully enough at nature, even pre-Egyptian and Greek architecture, this ancient secret (arcane) knowledge of universal design becomes readily apparent. The structure and function of everything in the universe operates by this agreement, this contract, this covenant. Communication and communion between physical and spiritual realms; between the Source of creation in this universal “experiment” and all experimental subjects—animals, vegetables, and minerals—is anti-apocalyptic, and arguably the most useful, securing, and sustaining revelation in history. 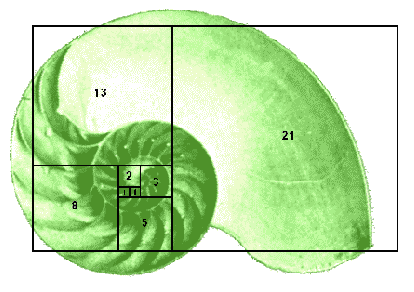 This Divine Covenant explains how and why judgment or karma is administered—musically-mathematically; continuously adjudicated according to the harmonics of the “harc,” or heart, of Divine LOVE and protection. LOVE (like 528Hz) is fundamental to everything. The Arc is the musical-mathematical model or design that administers this experiment using the mathematical constants Pi, PHI, the Fibonacci Series and the Golden Mean. This entire experiment is fueled exclusively by what’s inside the Ark, the chest, the heart—the Holy Spirit of energetic perfection.

In this Age of global terror, massacres, “natural” disasters, and threats of war, plagues, and nuclear Armageddon, these apocalyptic visions owe their allegiance to this true meaning of the Ark of the Covenant. Civilization’s destiny depends on this fundamental musical-mathematical “contract” between Creator and created. To be sustained during this time of great tribulation–most secure in this agreement–you must learn to “float with faith.”  Zero fear, heroism, righteousness, and a passion for justice, is part of the “Creative Juice”—the Living Water—in an ark built for safe transit.

Administration of physicality and universal integrity depends fundamentally upon this “Music of the Light.” 528Hz LOVE frequency is featured in the heart of this symphony echoing eternally. 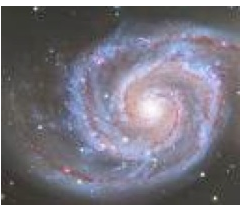 universe as the superconductive medium through which this Holy Covenant is administered using the mathematics of Divine design, based on sound and light signaling, was recently proven by NASA scientists. Our spiraling fractal universe (i.e., physical reality) sources fundamentally hydrosonically and mathematically, thus generating electro-magnetically energetically (i.e., spiritually) the Laws of Physics according to this Covenant.

This anti-Apocalyptic message relays the archetype upon which creative consciousness governs. Administration of physicality and universal integrity depends fundamentally upon this “Music of the Light.” 528Hz LOVE frequency is featured in the heart of this symphony echoing eternally. Every archway supporting and protecting reality vibrates with LOVE. The treble and bass clefs in music depict these arches and archways, superimposed upon five lines and four spaces totaling nine revolving notes forming a Perfect Circle of Sound™. Galactic arrangements are written upon this musical staff.* 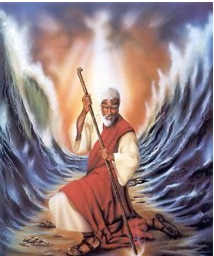 In conclusion, the most important and impacting Apocalyptic revelations concern the science, physics, metaphysics, and fundamental musical mathematics of cymatics, that is, the impact of sound on matter, and especially Water. These energy dynamics exclusively direct the physical world, our geometrics (including sacred geometry and natural architecture); creative hydro-sonics, and the musical electro-mechanics issuing and securing our existence.

Multi-dimensionality is based on this Divine Covenant between matter and energy. Compelled by this musical-mathematical matrix, form follows (sound) frequencies and everything functions optimally and sustainably naturally.

Divine differentiation enables conscious perception and enlightened co-creation. Universal compliance with this Covenant is assured by the basic laws and measures of physics. “For every action, there is an equal and opposite reaction.” Although stress may be beneficial, and self destruction may serve a higher purpose, generally speaking the least stressed among us are better able to survive and thrive.

Disclaimer: According to the Old Testament (Torah), only certain people are able to “touch” the Arc of the Covenant without getting mortally wounded. We believe this warning is appropriate considering the requirement of spiritual sensitivity and loving intent when applying the aforementioned creative revelations.

* This is interesting for many reasons including the most advanced medical treatment for cancerous tumors of the chest is called “electron arc” radiation.

** The archaic word “staff” means a comforting and directing “rod” assuring safe travels as in Psalm 23:4; really a spiritual shaft that connects humanity through a “black hole” of energy (i.e., an energy vortex) to Divinity. This “Musical-Mathematical Matrix,” known in the worlds of science and metaphysics, is the “Kingdom of Heaven” referenced throughout the religious world. 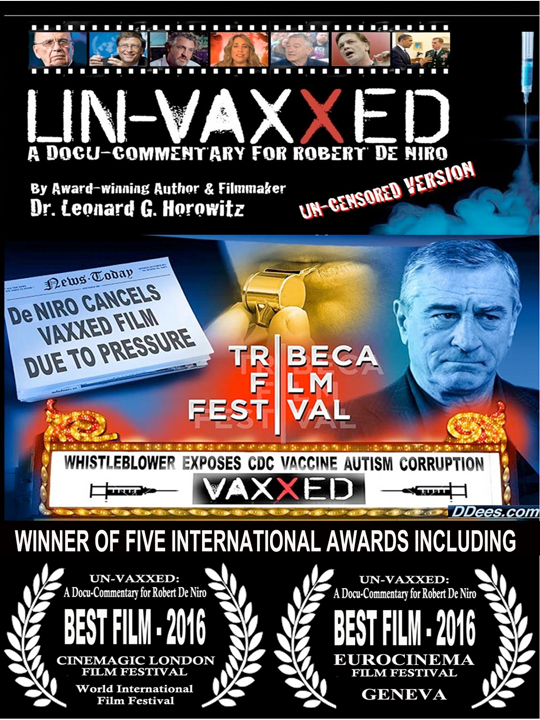 Dr. Leonard Horowitz, D.M.D., M.A., M.P.H., D.N.M. (hon.), D.M.M. (hon.), is the author of nineteen books including the prophetically titled Death In The Air: Globalism,Terrorism and Toxic Warfare, that came out three months before 9/11. His three American best-sellers include: Emerging Viruses: AIDS & Ebola–Nature, Accident or Intentional? that was largely responsible for prompting explosive interest in vaccination risks and biological warfare; Healing Codes for the Biological Apocalypse, that revealed the ancient Solfeggio musical scale secreted for millennia; and Healing Celebrations: Miraculous Recoveries Through Ancient Scripture, Natural Medicine and Modern Science in which Dr. Horowitz presents his protocol for administering prevention and natural speedy recoveries. His most recent text, The Book of 528: Prosperity Key of LOVE, has prompted a revolution in the music industry improving recording artistry and music therapy with the use of C=528Hz(A=444Hz) tuning that produces “medicinal music.” Dr. Horowitz is currently advancing Healthy World Organization (HWO) as an alternative to the duplicitous World Health Organization (WHO).