Are Your Heroes Really Double Agents for Controlling Opposition? 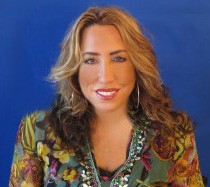 The New World Order (NWO) is being brought to you, right before your very eyes.

Here is how they are doing it:
First we have Michael Moore outputting anti-government movies exposing Goldman Sachs and rationalizing why Capitalism doesn’t work (for “We The People”), only to find out that the Weinstein Company division of ABC/DISNEY funded by Goldman Sachs, produces his films.

Then the big news in recent times is Julian Assange and WikiLeaks, where he basically is sending a “do not trust the government because they are spying on you (What else is new?) message.”

Then you have Alex Jones being given a mainstream media platform as a crazy “Conspiracy Theorist, (really working for Stratfor, an arm of the CIA, (aka the bankers; aka the government.) The Info-Warrior”  is placed in his position to further confuse and scare people seeking answers, and he sends a message that your guns will be taken away, and the government will be storming your homes as part of martial law!

So again, don’t trust your government is the main message, but Jones offers no solutions.  Alex Jones is made to appear as a real activist who has problems with the mainstream media. But the truth about him has been revealed, in between the confusion on small blogs search engines seem to miss, so only very few people catch the truth about Jones being the perfect double-agent to control opposition.

Then you have the television show Conspiracy Theory with Jesse Ventura.  I met Jesse and and sourced his BP oil disaster episode.  He appears to be a very nice man. His producers, told my partner, Dr. Leonard Horowitz and I, when we were being interviewed for the show that we could not mention Big Pharma, because they were TrueTV’s sponsors.

Well how can you expose conspiracy theories without exposing the petrochemical-pharmaceutical cartel’s hand in most of it? And why would a controversial show like this one be sponsored by Big Pharma (aka, the banksters) that are behind the reasons why we have most problems in the world?

The answer is “controlled opposition” generated hypno-tronically via TV and Hollywood.

This quote from Lenin (right from the horse’s mouth) describes it all: “The best way to control the opposition is to lead it.”

Now you can begin to see the bigger picture, and how far the global controllers’ reach go into the darkness, commercializing on death and despair. 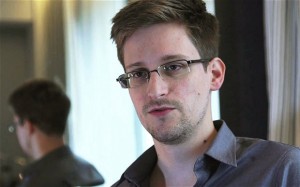 Now today I am reading about Edward Snowden, whom I believe is a messenger for the CIA & NSA, because I am seeing the pattern, the “bigger picture.”

Snowden again confirms what Julian Assange said, and even goes further, and he of course is revered as a hero by the Controlled Opposition leaders, Michael Moore and Julian Assange.

This is all about the U.S. Constitution and Bill of Rights being completely squashed (even more than it has been.)

The NWO is exactly what the Obama (Bill and Bernadine Ayers) administration is all about. And exactly what The Rockefellers, Rothchilds, George Bush Sr., Dick Cheney, The Queen of England, the Vatican, et. al. had planned. It is ridding the world of freedom in the form of “free enterprise” vis-a-vis “Capitalism,” to replace it with global fascism and communism. The scheme intends ONE WORLD everything. That includes One bank which controls what you can spend, since your worth will be implanted in you in biochip from “Digital Angel Co.”

Another company controls all our food (called Monsanto)…

There is One Religion too.  (You decide which one you think they have chosen for us. My prediction recalls The Future of Religion article by Stanley Krippner, a certified CIA contractor involved in several MKULTRA-linked projects promoting drugs to turn on and experience God.)

One healthcare system that everyone must buy into also, whether you agree with Western meds or not.

And forget Freedom of Speech. If someone robs you, harms you, or maybe you just have some “different” thoughts that do not fit the “agenda”. . . well you could wind up in prison for speaking or publishing them.

That is the global “ism” we are looking at here.

And of course all of these new rules and laws are going to be imposed, for our “own good,”  upon We The People  of every nation, but not to for those with the power and control.

In the future, if you want entertainment such as movies or video games, you will have to get a chip implanted in your brain. I kid you not. Read Steven Spielberg’s and George Lucas’s own words on this matter of “entertainment biochips.”

And for all newborns this will be mandatory, along with all their required “immunizations.”

This chip will also work using frequencies…to help control future generations better, even turn you into the perfect robot; controlling your thoughts, your emotions, your heartbeats, or terminate you when you are “bad,” where ever you may be.

I don’t mean to sound bleak here, but this appears to be the reality we are facing.

The only thing we can hope for is a miracle at this point. Because how do you wake people up who do not know they are asleep. Alternatively, how do you “extract” people from their hypnotic trance state when this “level” of consciousness has been imposed for everyone?

These are the most important questions dealing with the bigger picture, which is complicated, and especially distressing for people who know, understand, and love Constitutional Law and God’s Law.

Sure you can stop listening to the hypno-technologies used to control opposition to corporate facism. But that is not a complete solution.

I know this may sound strange to you, but the solution–the ONLY PRACTICAL SOLUTION–is the same solution nature uses to cure what ails it–the miracle of LOVE. 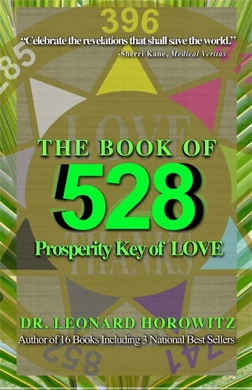 Get into listening to 528Hz music as soon as you can. Learn about this “MIracle frequency” exhaustively researched by Sherri kane and Leonard Horowitz (Horokane) in The Book of 528: Prosperity Key of LOVE.  Transpose your music online at 528Records.com. Re-tune your instruments and voices to 444Hz, which puts your “C” note into 528. Listen to the m”medicinal music” played on 528RadioNetwork.com music stations. Check out these web services and 528Revolution.com. Upload and download music and information to spread to friends and family everywhere. Then please donate, because we need your help to expand. Not only money, donate your original music, preferably your entire music collection (in MP3 files) to 528Records.com, and your remastered tracks will be sent back to you for free, transposed into 528Hz. The recording artists who created the music, sign up for free, and upload their original tracks, will get 60% royalties from on donations made for their music.

And since the devil-doers are trying to stop the 528 Revolution, and Dr. Horowitz and I,  any way they can, you know the miracle of 528Hz must be a great thing.
Blessings and Love to everyone…