Honest Debate or Counter-intelligence Propaganda? Agent Provocateurs Advance 432 by Attacking LOVE Made in the Frequency of 528. 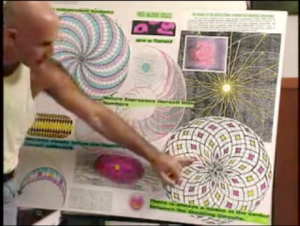 432Hz Propagandists Act Like COINTELPRO to Debunk 528? Where is the LOVE/528 in That?

Here is a lesson in classic counter-intelligence, targeting 528Hz with a “hit squad” of liars. Watch this YouTube clip to learn how spiritually-deprived “anti-528” agent provocateurs operate, spreading propaganda to confuse and deceive people.

Incredibly, in this demonstration, the agents magically disappear 528 along with the original Solfeggio musical scale!

This is a professional hit against the “528LOVERevolution,” and lame attempt to discredit Dr. Leonard Horowitz, its inspiration.

Are these CIA-COINTELPRO agents and/or simply jealous frauds who act like propagandists for the drug cartel? Who are these guys?

They are video producers Jamie Buturff and Tyler Thurmond; and their agenda is to discredit 528Hz natural healing music by promoting 432Hz as an alternative. How weird is that?

By lying and claiming 528Hz is not a frequency at all, they hope to squelch the 5″28 LOVERevolution,” and that raises many questions. Who the hell would waist their time lying to destroy a blessing?

Big Pharma and the COINTELPRO, don’t you know?

Watch for the many Buturff/Thurmond (B&T) errors in this clip, and ask, why would these two guys waste their time trying to disappear 528 in their analysis. Why would they neglect all the research in Dr. Horowitz’ The Book of 528: Prospertiy Key of LOVE? Why, if they speak for mathematician Marko Rodin, are they attacking Horowitz, probably Rodin’s greatest promoter worldwide? Why, are these guys knocking Horowitz who promotes 432Hz as a “good frequency for healing?” Are these guys really promoting Rodin’s work or their own CIA/BigPharma agenda?

Here are a few objections to the confusing propaganda they spewed on their video:

2) Notice B&T always neglect 528 entirely, and on purpose, when shifting numbers in their demonstrations. This is classic COINTELPRO (counter-intelligence program/propaganda).

5) 528 is disharmonic with 741 for reasons B&T also neglect, along with the reasons the original Solfeggio frequencies present non-harmonically as a natural matrix or scale.)

6) Dr. Puleo got the original Solfeggio from Jesus, he claimed, not as Buturff tells it by studying the Bible. Any legitimate researcher in this field would know that by simply reading Dr. Horowitz’s book, Healing Codes for the Biological Apocalypse.

9) Claiming 432 is the central “frequency” for the Solgeggio, nature, and the universe, the propagandists neglect 528 vibrating at the heart of rainbows and heart chakras (greenish yellow.) It is common sense that chlorophyll’s sacred geometry, electrochemistry, and biophysics, heralded by the color greenish-yellow, resonates 528nm; whereas 432 resonates dark Navy blue. Which frequency do you want for healing and opening hearts?

Buturff wrote that he is a “Spiritual Results Consultant” who applied his trade at the Pentagon. Maybe that’s why the Pentagon promotes profitable wars instead of peace and love?

B&T’s spirit of competition versus collaboration, making war, not love in 528, is written all over Buturff’s and Thurmond’s confusing script. Their presentation is intentionally confusing, consistent with the “Hegelian dialectic,” that is routinely used for mind-controlling propaganda. 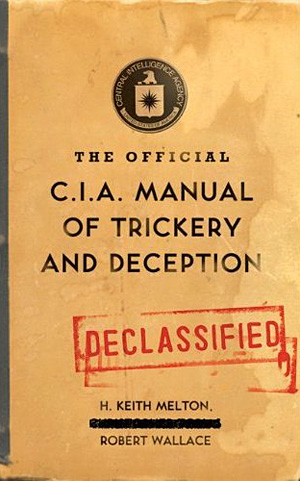 One Internet observer–“Madderthanalex” exposed that Buturff reportedly pulled out of Rodin’s project(s). The reporter wrote that Buturff smells like a rat from the CIA infiltrating Rodin’s group (as did Tyler Thurmond) to rip Rodin off, and possibly assassinate him. Madderthanalex appears to know Rodin personally, and wrote on March 22nd, 2011 at 9:04 pm:

“I would say that the family photo at the beginning  is telling me something. Jamie could be a MK-ultra plant, to hijack Rodin’s discovery by gradually becoming part of the family. Then the backers of Jamie get rid of Rodin by cancer or accident or heart attack, etc., take your pick. This idea is by no means a stretch for what the Powers That Be are capable of. Jamie is such a cute part of all this now, isn’t he. Bye bye Mr. Rodin. Marko said, ‘Jamie is a ‘Pentagon man.’”

We agree with Madderthanalex. Tyler Thurmond and Jamie Buturff’s propaganda is sickening and extremely suspicious. His neglect of 528 is annoying and telling of jealous psychopathology and intended malice.

[Editor’s note: The “mercury sidereal” is a measure of movement of mercury in relation to the sun.]

“This is NOT a coincidence!

So you see, 528Hz operates in the Master Matrix as a rational number harmonic of 432Hz. Try both, when you get the chance, and see if you can feel the difference in your heart. 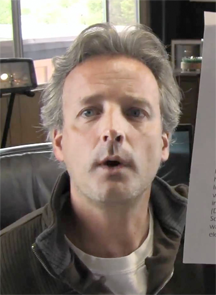 Dr. Leonard Horowitz has just publicly accused me of conspiring to commit murder. If he was in TRUTH and integrity with his work he would not need to spread malicious lies. I believe Dr. Horowitz’s behavior is the result of repeated exposure to the 528Hz frequency. It may sound good to some at first but causes mental and physical maladies over time. It is why the government has it as the frequency of the dial tone on your phone. WAKE UP!

I’m going to delete this post at the end of the weekend and I want to be done with this topic. When I started this group I wanted to get out to the people the A=432Hz tuning and the evidence that exists. But I can’t stand by and allow a deranged man lead so many people astray.

Buturff is busted for lying, [and contradicting himself about 432 being a frequency for musical tuning, as he states on his video.] I never accused him of “murder,” just COINTELPRO against 528.

Someone signed me up for his group without my permission, I never registered to receive his group’s mail. I neglected involvement in this [432 promoting/528 bashing] group because it is obviously run by unloving liars, consistent with a CIA/COINTELPRO hit squad.

Bottom line: 432Hz and 528Hz [if used musically] are great frequencies. My preference is 528Hz for use in healing, since “LOVE is the Universal Healer,” and 528Hz, the “MIracle 6” Solfeggio frequency, vibrates at the heart of everything.

More research is needed to determine benefits of 432 and 528 frequencies. Buturff and Thurmond got their “instant karma” for attacking versus collaborating.

Blessings from the author of The Book of 528: Prosperity Key of LOVE,

It is also perfectly suspended between these numbers:

This is the Khafre pyramid slope tangent 1.3333333333~ as the standard historic geometry model of the 3-4-5 triangle where the height is 4 the base is 3 and the hypotenuse is 5.

This solfeggio set does this also:

I am certain that no other sets in the 18, that is believed to be the complete Solfeggio, do this. But you should check:

where 116 is the NASA mercury and earth synod.

There are a plethora of cosmologic applications within the 18 Solfeggio frequencies.

Now 528 and 432 do appear together in the tetrahedral grid as a fraction in square roots within two prominent angles. (See the pdf diagtams of star of David designs in my latest monograph. CLICK HERE to review: Doc. 11. Grand Unification of Ancient and Modern Math. Includes 528 and Its Relationship to Tetrahedron Sacred Geometry: Khafre and Khufu Pyramid Geometry in Tetrahedral Hexad Geometry; and The Mars Cydonia Hexad Mounds).

I do not understand why they think 432 is a frequency of value, as it is not a Solfeggio frequency. Perhaps they have a different criteria to offer [but why mix apples and oranges?]

It would seem with number 432 ….that 360 would be a better choice of that harmonic.

I have seen this 432 promoted before, and it was by a rogue operative on a forum.

When i engaged their thread, this person literally shrank away and let the thread die. This was odd, because I didn’t trash it, I merely added harmonics that he didn’t expect.

[Editor’s note: Below is Vic Showell’s graphic proving the square root relationship of 528, divided by 432, in sourcing hexagonal sacred geometry and more. . . .] 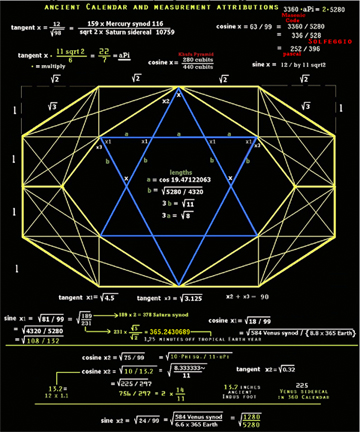 Reply to Showell’s Analysis from Horowitz:

. . .  Buturff and Thurmond are obviously, as you say, “rogue” operatives. They are not only claiming 432 is a frequency, but also the center of creation/universe. They have a YouTube clip up where they try to discredit me and 528 in a very shoddy way. Watching it is a study in CIA/FBI COINTELPRO (Counter-Intelligence Program)–mind-controlling/confusing PROPAGANDA. Imagine doing all this to try to discredit LOVE/528, the reason why grass is green and healing? Whose vested interests do these rogue agents serve by attacking the 528LOVERevolution?

I believe Jamie Buturff and Tyler Thurmond infiltrated Rodin with promises of money for his technology. I know Rodin personally. Everyone who knows Rodin personally, especially in Hawaii, acknowledges his mathematical genius but lacking social graces. He is highly susceptible to social and financial manipulation by liars.

Thurmond, at the forefront of this unwarranted video attack on 528, is also known to me personally. In 2008-2009, Thurmond abandoned his pledged administrative participation in LIVEH2O–Concert for the Living Water! He made me all sorts of promises, and expressed great interest in 528 to spread the message of LOVE for global healing. I was shocked to learn that he produced Buturff’s script, and was behind the camera. 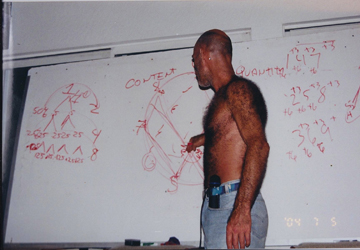 Above is a photo of Marko Rodin, taken by Dr. Horowitz on 7/5/04 in Pahoa, HI, showing the “147, 258, and 369” special set of “family group numbers” derived from Rodin’s simple “Infinity Pattern.” These numbers were immediately recognized by Dr. Horowitz as including the original Solfeggio scale number set, from simple shifts that Rodin discussed. Dr. Horowitz’s “Perfect Circle of Sound,” that includes the orignal Solfeggio frequencies, determined independently, all source from this same set of numbers.

So it might be legitimately claimed that 528 and 432 are both vitally important in universal construction.

Buturff and Thurmond’s negligence is obviously more than simple excusable neglect, given their extensive research and intelligence, and lame attempts to discredit 528 and Dr. Horowitz’s works. One must conclude they operate with jealousy and malice, not collaboration in LOVE/528.

Reply From Vic Showell to Dr. Emoto’s Request for Info:

Most people refrain from ancient cosmological numerology or modern math with square roots and such, but I join the two processes of the mathematics together as unified harmonic code. Because both numbers have deep ancient cosmological meanings and connotations, the 2 numbers 528 and 432 have unique and fun mathematical relationships.

The 2 numbers are woven together mathematically. Here is one simple and interesting association:

I made this as easy as I could, just slowly follow or peruse the progressions:

4. 231 is an important angle tangent multiple in Khufu pyramid apex geometry as well {too lengthy to explain}

Then if you reinstall the ancient Earth tropical year above {as found with modern square roots}, in the prior equation, then the Saturn synod results as exactly 378 days:

How about those ancient apples?  Ha!